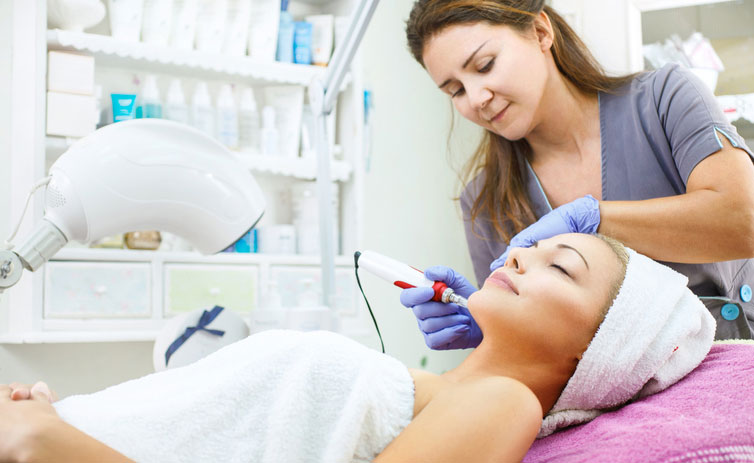 As it turns out, the fountain of youth has a deeper wading pool than anybody could have guessed.

Thanks to the proliferation of treatments aimed at staving off the ravages of aging – or at least the appearance of aging – consumers are spending billions and estheticians are finding more professional opportunities than ever. Case in point: medi-spas are opening up in neighborhoods across the country, providing everything from Botox treatments to microneedling to several types of laser treatments. And chances are good that the majority of these facilities employ estheticians to perform any number of services aimed at beautifying the skin and defying the aging process.

But what services routinely performed at medical spas does an esthetician’s license cover, and which ones are reserved for medical professionals? In most cases, the answer to this depends on the state in which you work. So, before you wield that laser, you’ll want to make sure you’re not putting your license or your professional reputation on the line.

Where Estheticians Fit Into the Growing Medi-Spa Industry

The medical spa industry is ripe with opportunities for licensed estheticians. According to the American Med Spa Association (AmSpa), as of 2017, there were about 4,200 medical spas in the U.S., generating annual sales of nearly $4 billion. Between 2017 and 2022, revenue is expected to grow by 8 percent.

But it’s important to know that medical spas are considered medical practices, and state laws are the final determining factor for whether or not you can perform treatments like laser hair removal, injections, or other more invasive procedures. And things are anything but uniform from state to state.

For example, if you’re licensed as an esthetician in Illinois, you won’t be allowed to perform laser treatments on the skin, as the state classifies this procedure under medical practice. If you want to perform this procedure in Illinois, you’ll need to become a certified laser technician… But if you work in Missouri, on the other hand, you can perform laser treatments as a licensed esthetician.

This doesn’t mean that as an esthetician, your services aren’t still an important part of a medical spa business; it just means that you must be aware of state laws and regulations to ensure you’re operating within the scope of what your license allows.

Medical spas often combine simple cosmetic treatments like facials and waxing, along with more complicated and invasive medical procedures, like chemical peels and microdermabrasion. Invasive procedures like Botox and laser hair removal are considered sophisticated treatments and therefore do not fall under the umbrella of cosmetic treatments.

Chances are your esthetician license qualifies you to perform procedures that enhance the skin’s outermost layer, whereas medical professionals are legally allowed to treat skin conditions that extend beyond the outermost layer.

Clarifying the Role of the Esthetician in Medical Spas

For example, if you live in California, don’t expect to be able to perform microneedling as a licensed esthetician. California is one of a number of states (including New York, Tennessee, and Illinois) that are taking a proactive approach to the practice of esthetics in an effort to ensure patient safety and mitigate poor outcomes and lawsuits. It is through increased regulation of medical spas that states are hoping to better protect public health and prevent unqualified practitioners from performing treatments classified as medical procedures under state law.

Likewise, Tennessee took measures to clear up any confusion about where the services end for estheticians and begin for medical professionals. The Tennessee Patient Safety Cosmetic Medical Procedures Act was enacted in 2014 to make it very clear who can perform which procedures. The law includes specific definitions of a medical spa and a cosmetic medical service.

The only Tennessee facilities allowed to perform skin-altering services like laser procedures are doctor’s offices or similar settings supervised by a licensed physician. Before this law was enacted, any number of professionals in any number of settings performed these procedures, including practitioners working without any physician oversight or supervision.

Many estheticians are under the impression that working alongside a physician in a medical spa setting automatically qualifies them to perform medical treatments, but this couldn’t be further from the truth. Your state esthetician license grants you a specific scope of practice, regardless of where you work or who you work alongside.

In other instances, estheticians are led to believe that they are permitted to perform a procedure delegated by a physician. But in this instance, doing so would change your scope of practice from an esthetician to an assistant to the physician—an illegal act.

In short, if you’re an esthetician, you are prohibited from performing any treatments that are medical in nature. Do so and you could risk fines, suspension, and even the loss of your license.

For example, chemical peels are invasive procedures that can cause scarring, infection, and other complications if not performed by qualified medical professionals.

But states aren’t the only ones looking to clear up the confusion between what estheticians can and cannot do in a medical spa environment. AmSpa launched a website that details state-specific laws regarding medical spas and laser centers throughout the country. This resource is designed to eliminate the often-confusing and difficult to understand state laws and regulations.